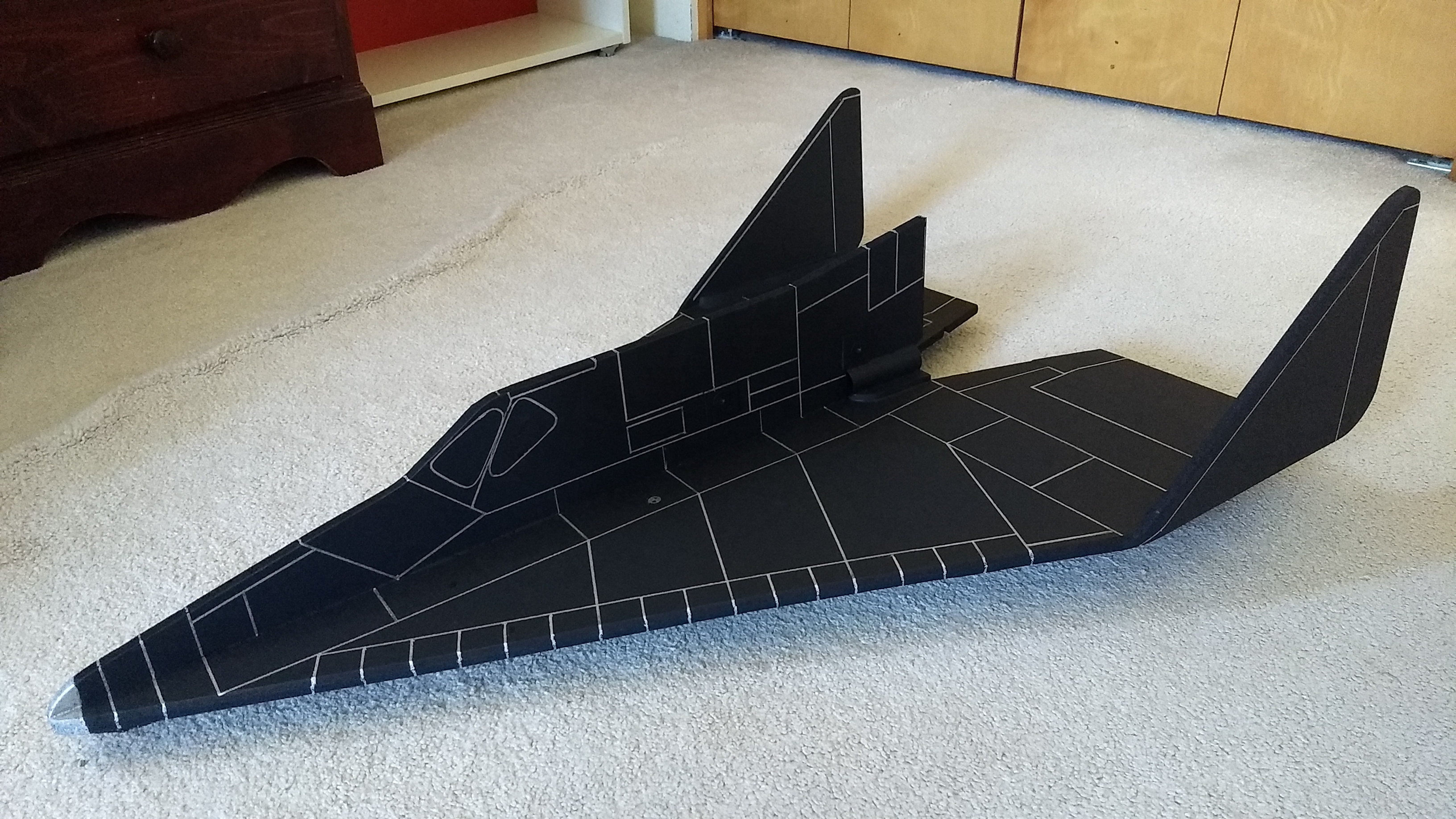 The X-20 RC Rocket glider kit is based on the proposed Air Force single man Shuttle concept. Construction is very simple and takes about an hour and a half.  The kit  includes pre-hinged control surfaces, pre-grooved spar slots and pre-cut 9mm depron parts.  Kit includes rail buttons.   Length 31″, wingspan 21″, weight 14.5 oz rtf.   It uses a profile construction to maximize wing area to give the best possible glide.   Please refer to the General information for all kits tab above, then read these instructions completely before starting assembly.  Wingspan 21″, Length 31″, Weight 14-14.5 oz rtf.

CG location for rocket flight:  10 1/4” forward of the rear end of the motor tube with battery and motor installed ready to fly.

Unpacking your kit:Carefully slit the tape holding the cardboard sandwich around the foam and gently remove the sandwich from the box, then gently trim the tape holding the top piece onto the bottom piece, should be four pieces of tape.  You can then see the foam wrapped in plastic.  It’s wrapped pretty well, it will take some time to gently cut with an exacto to remove the plastic wrap, don’t pull on anything or you may crack something, I know it’s a pain but it’s the only way I could make sure they were secure in shipping.  There are little foam pieces, don’t lose them, the parts baggie was heavy so is well taped.  The spars are taped to one of the cardboard pieces. Kits contain one or two scrap pieces for repairs if you damage anything in construction or flight, just cut and patch in a spare piece of the foam if needed using foam safe CA+.

Welcome to the world of rocket boosted radio control gliders.  This is not a model for a novice RC pilot, but anyone who is comfortable with RC flying of a medium speed model should be fine.  Read through the instructions, look at the photos and be sure you understand the step before committing to cutting or glue.

Identify all pieces, the kit should contain:

Foam safe CA+(Bob smith super gold + is good) is the only glue recommended for construction.  You will also need foam safe accellerator to set the glue.  Epoxy is only used for securing the lead weights to the model at the front where weight is needed.

The 9mm depron is a bit harder to sand and can tear easier with a sanding block, I’ve found it’s better to use a straight edge and sharp exacto to do a 1/8″ to 3/16″  bevel cut on the edges of the wing/stabilizers instead of trying to sand them round.  For the few steps that require sanding below use a hard sanding block and 320 grit paper and go light and take your time.

The basic construction is now complete.

Note:  Your radio needs to be configured for Delta mixing, this means that the servo arms will move the same direction during elevator stick movement and opposite for aileron stick movement.  Connect your servos to the receiver one in the aileron connection and one on the elevator connection and apply power.   Use a servo arm at least 9/16” long and with holes small enough that there won’t be slop with the pushrod wire when installed.  I use the hole furthest out on the servo arm, to maximize movement. On some servos there are a long two-ended servo arm, you can trim off one end and use that arm to get sufficient length.   Zero out any trim settings on the transmitter.

Flying:  See the General Instruction link at the top for flying instructions.  Be ready on the first few flights to keep the model straight till you have the trims set perfectly for boost and glide. 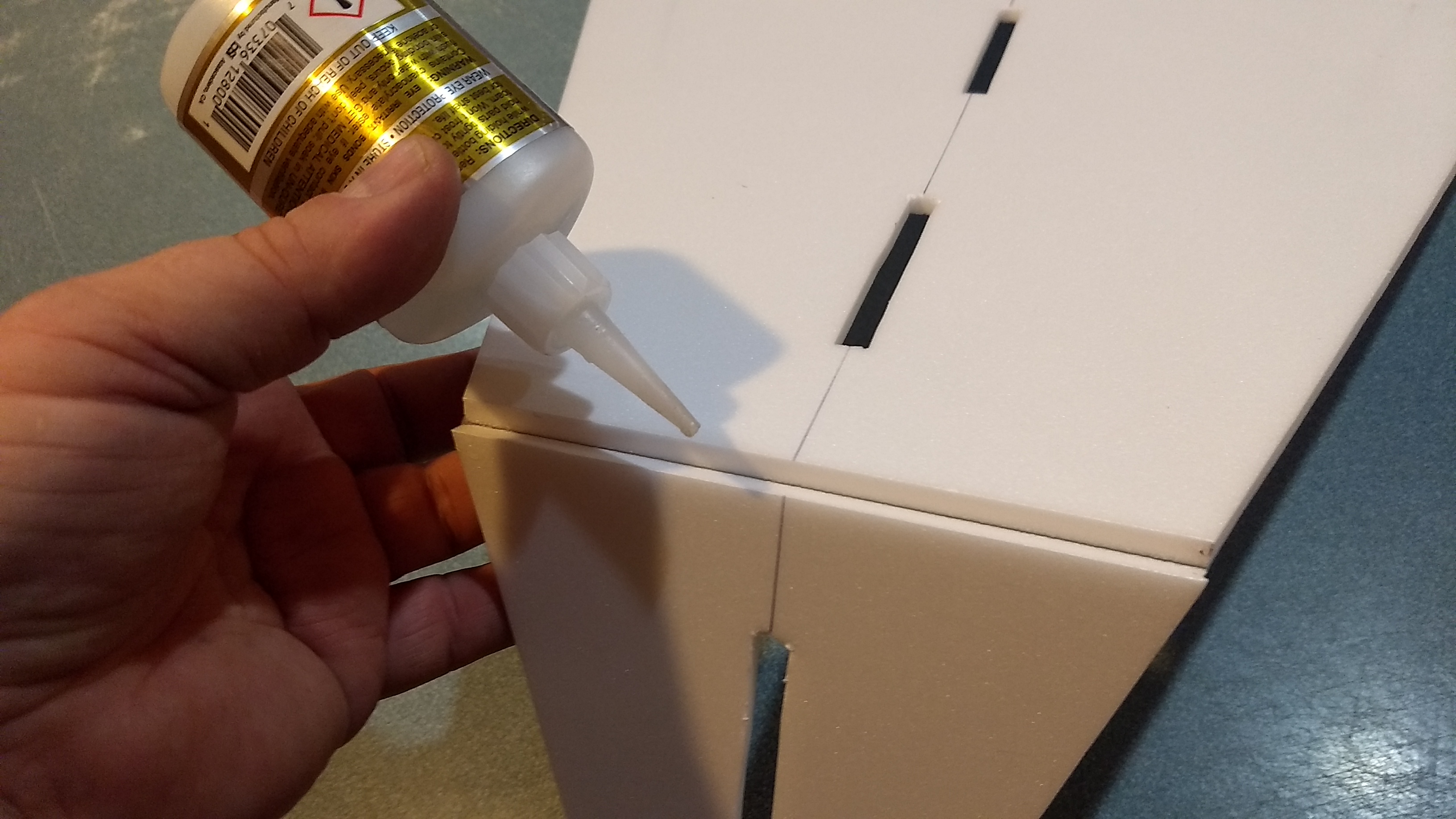 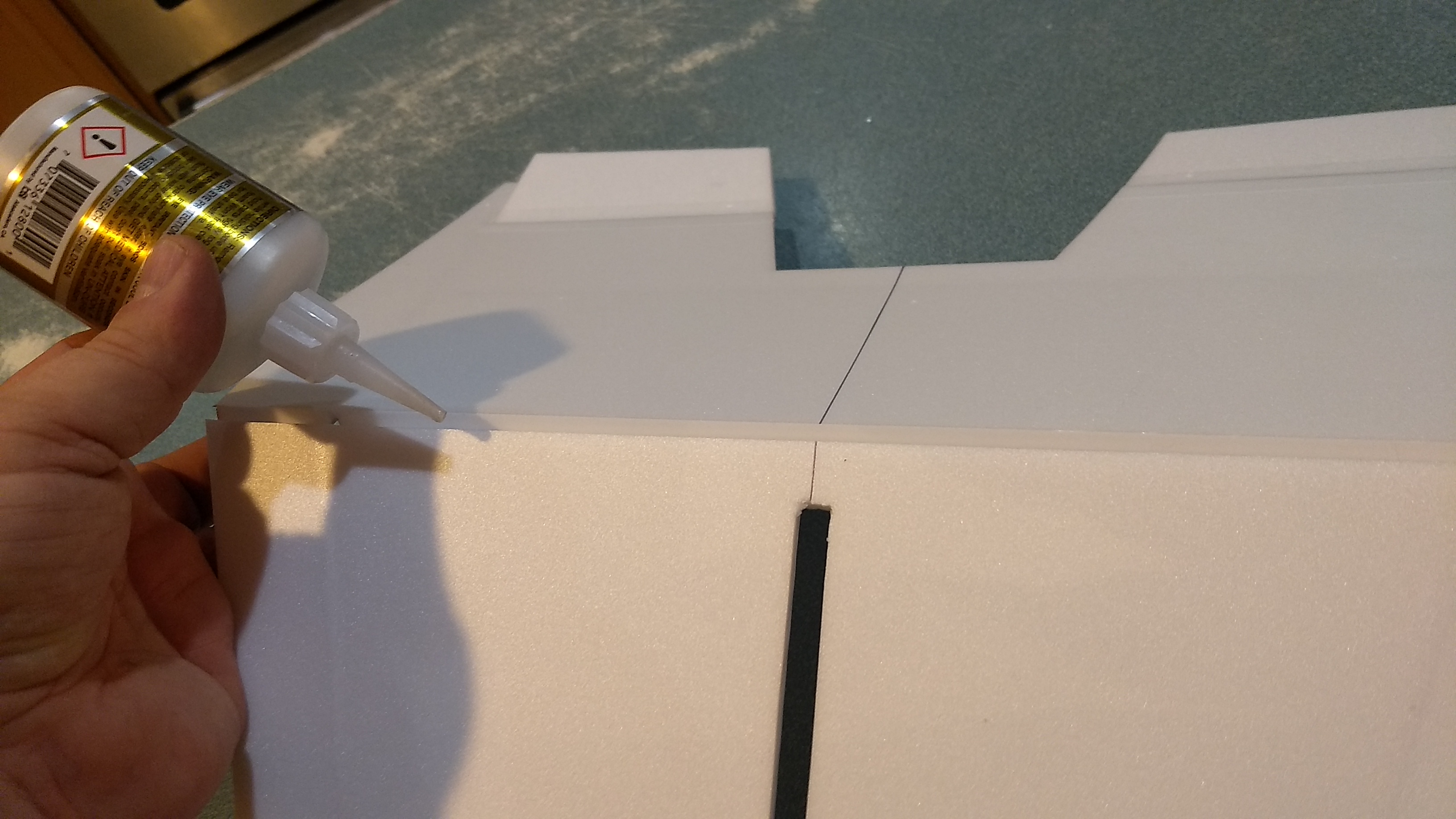 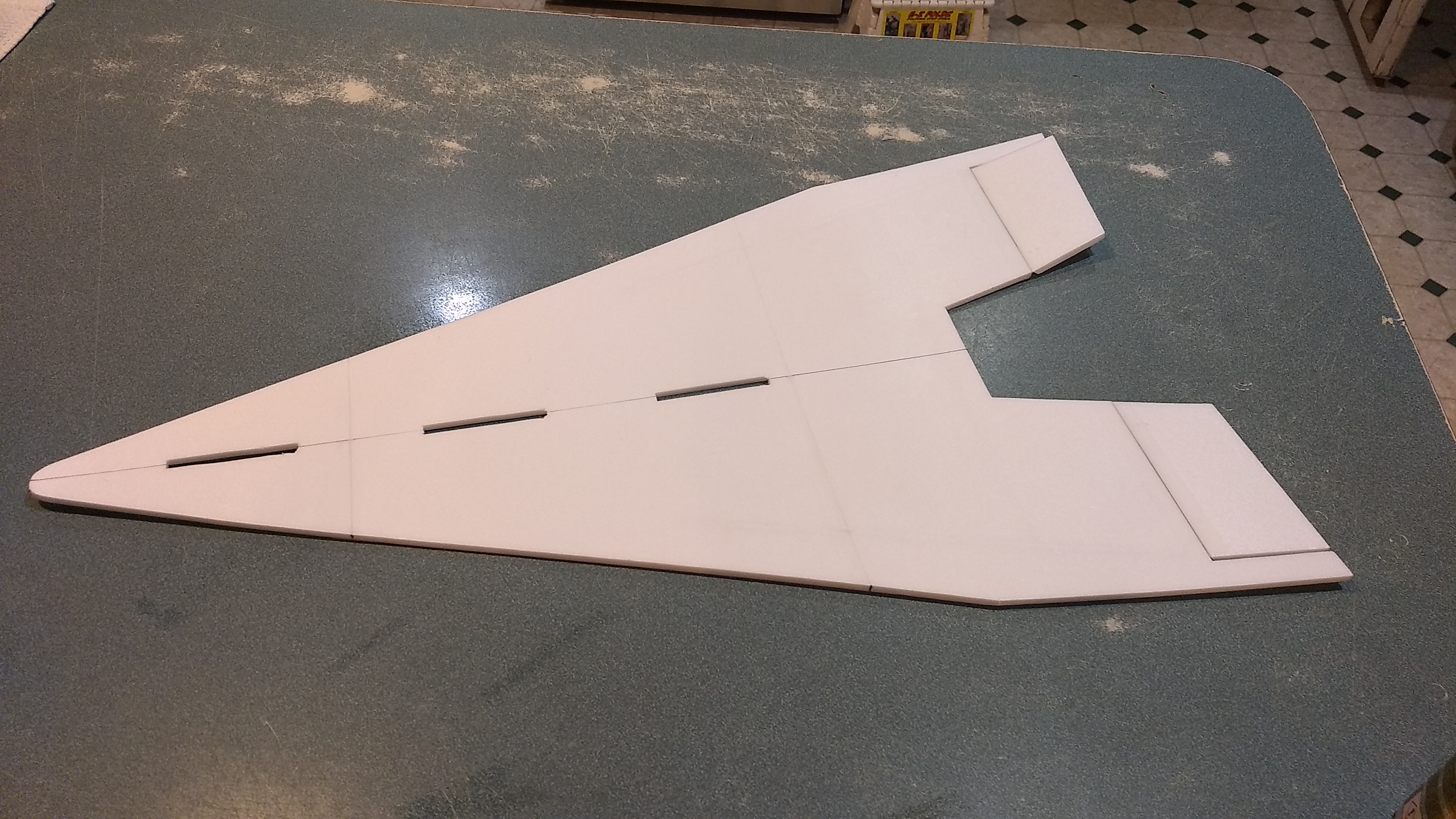 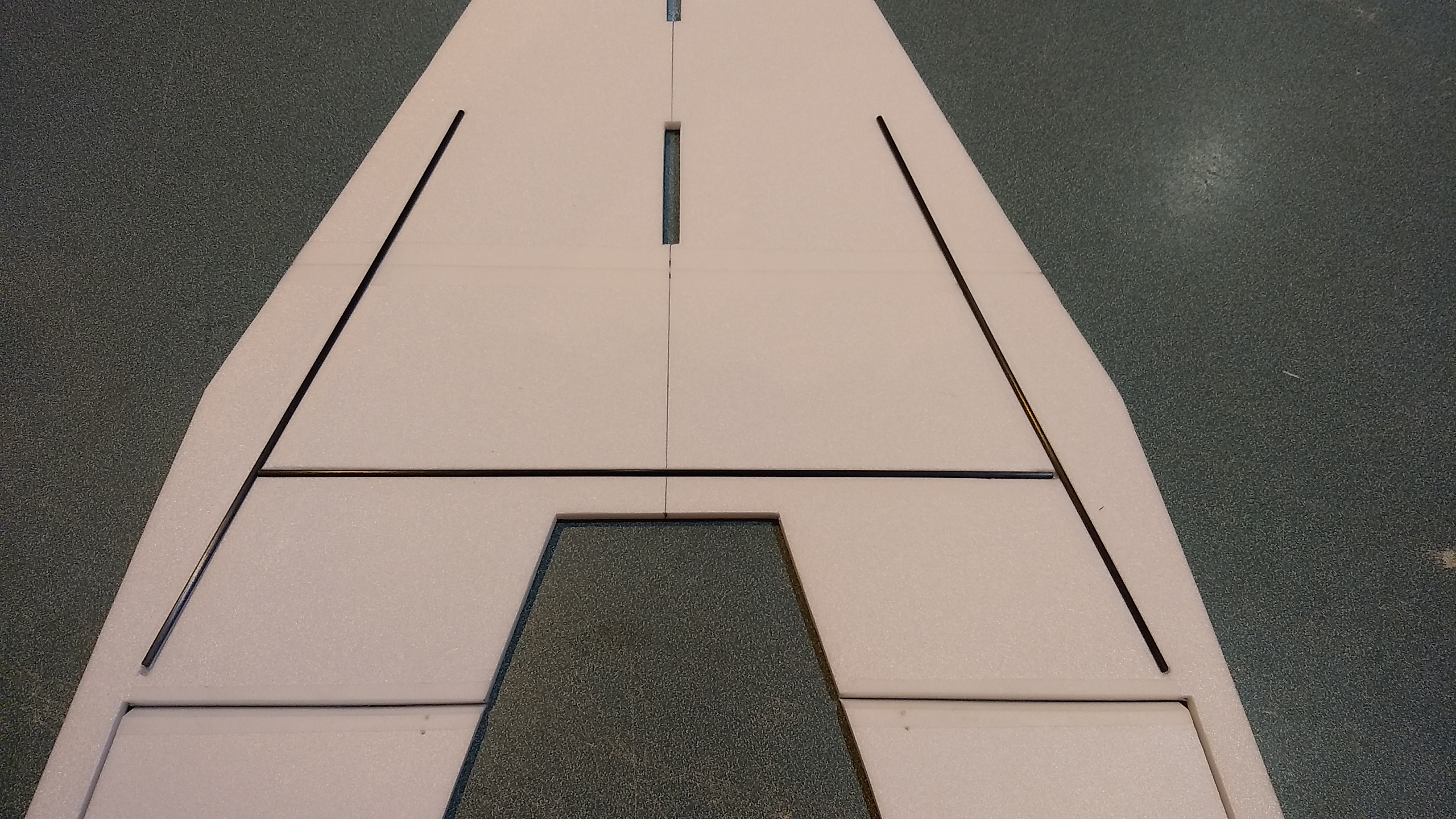 Flip wing over and glue in the 13″ spar in the cross position and the two 12″ spars on each side. 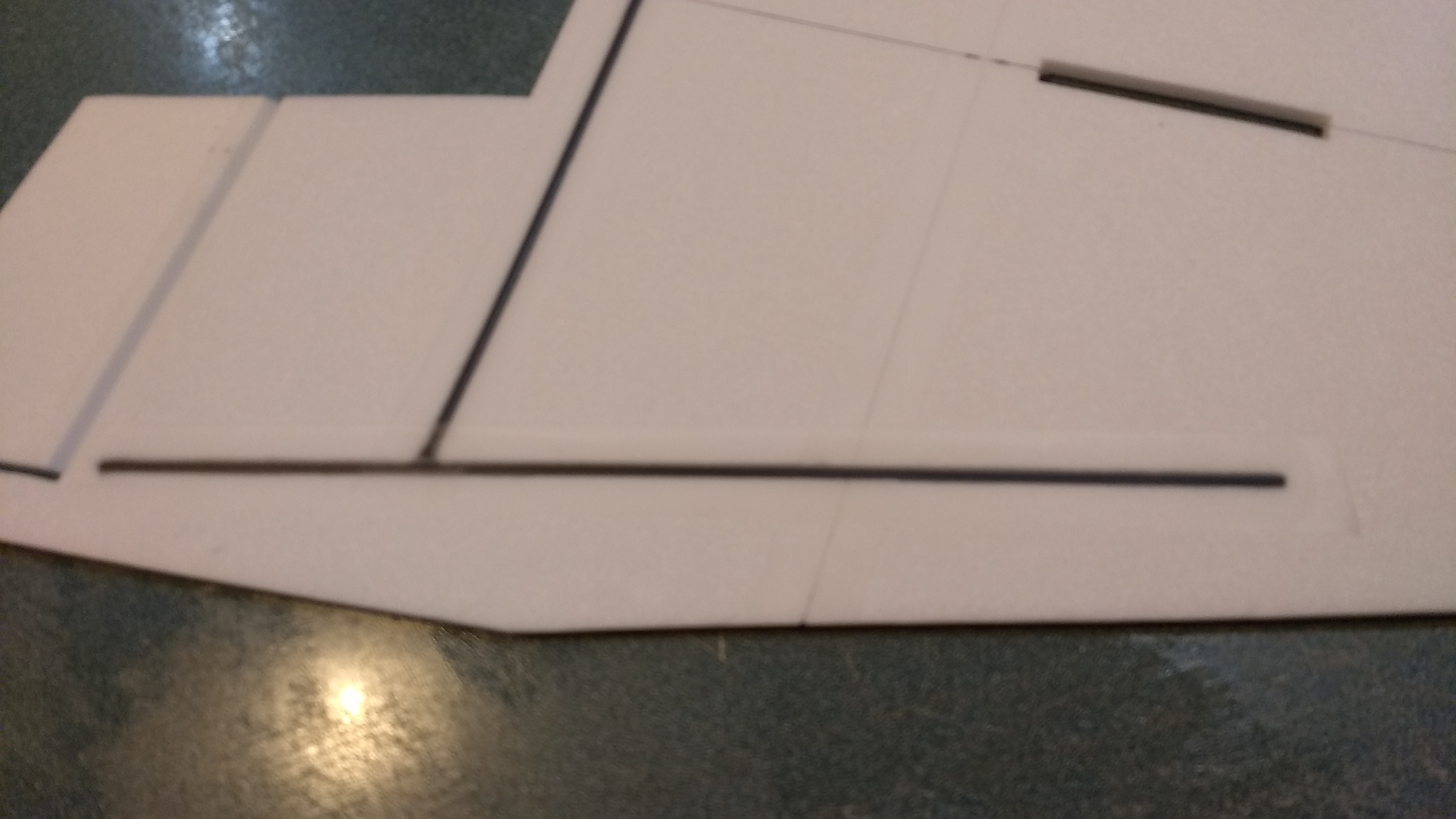 Tape over all three spars with blenderm tape. 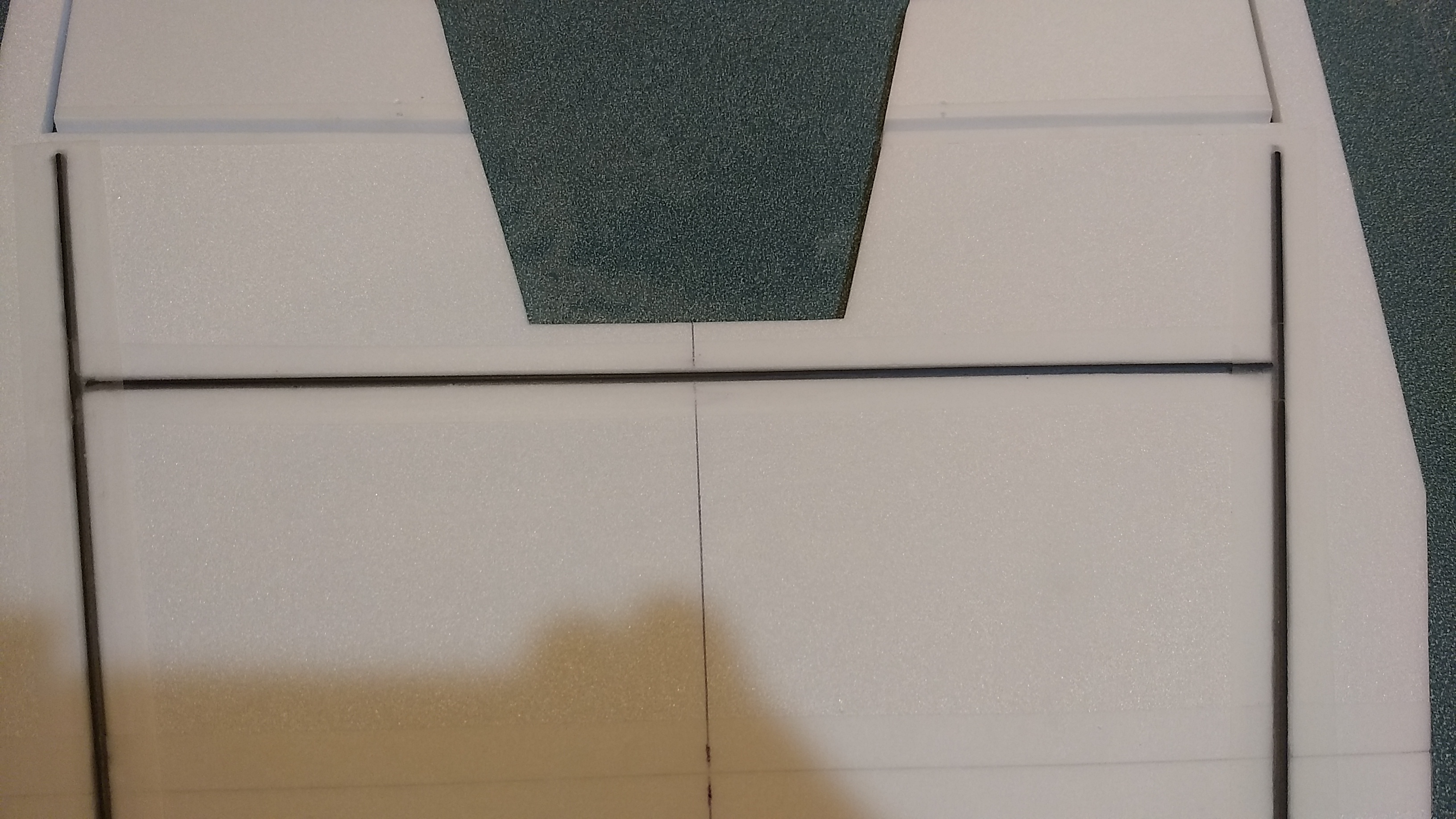 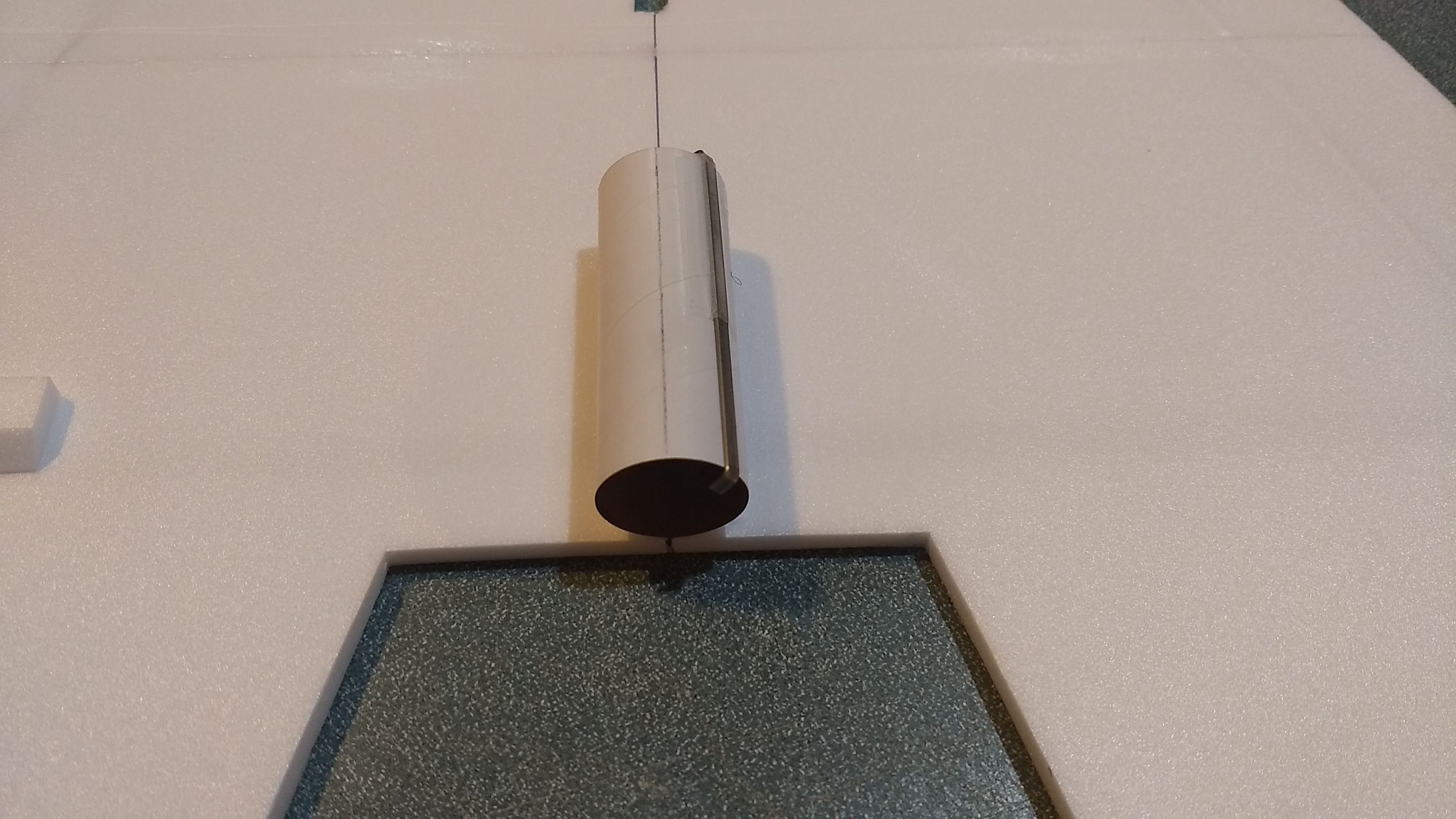 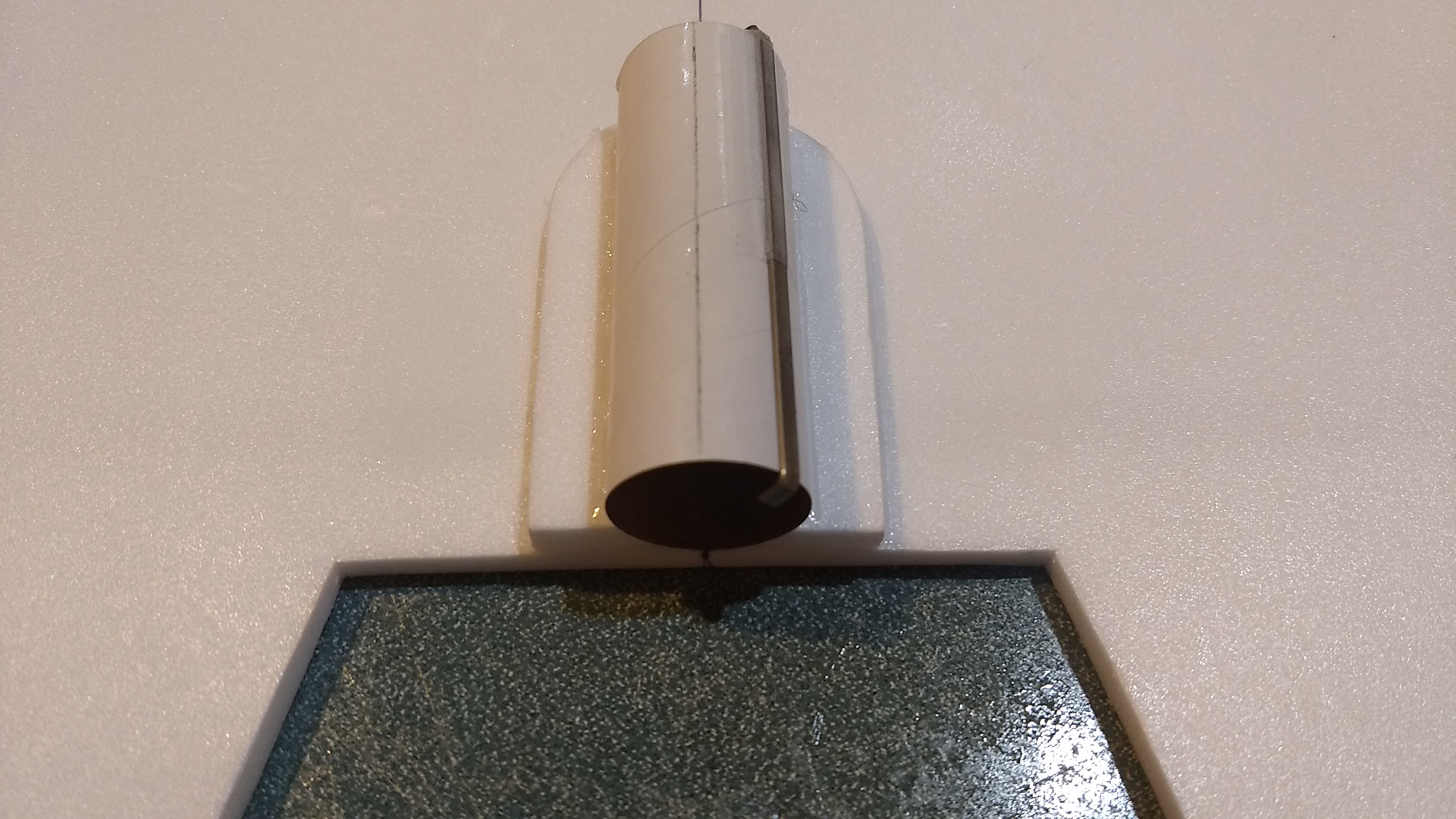 Glue reinforcing plates on either side of the motor tube. 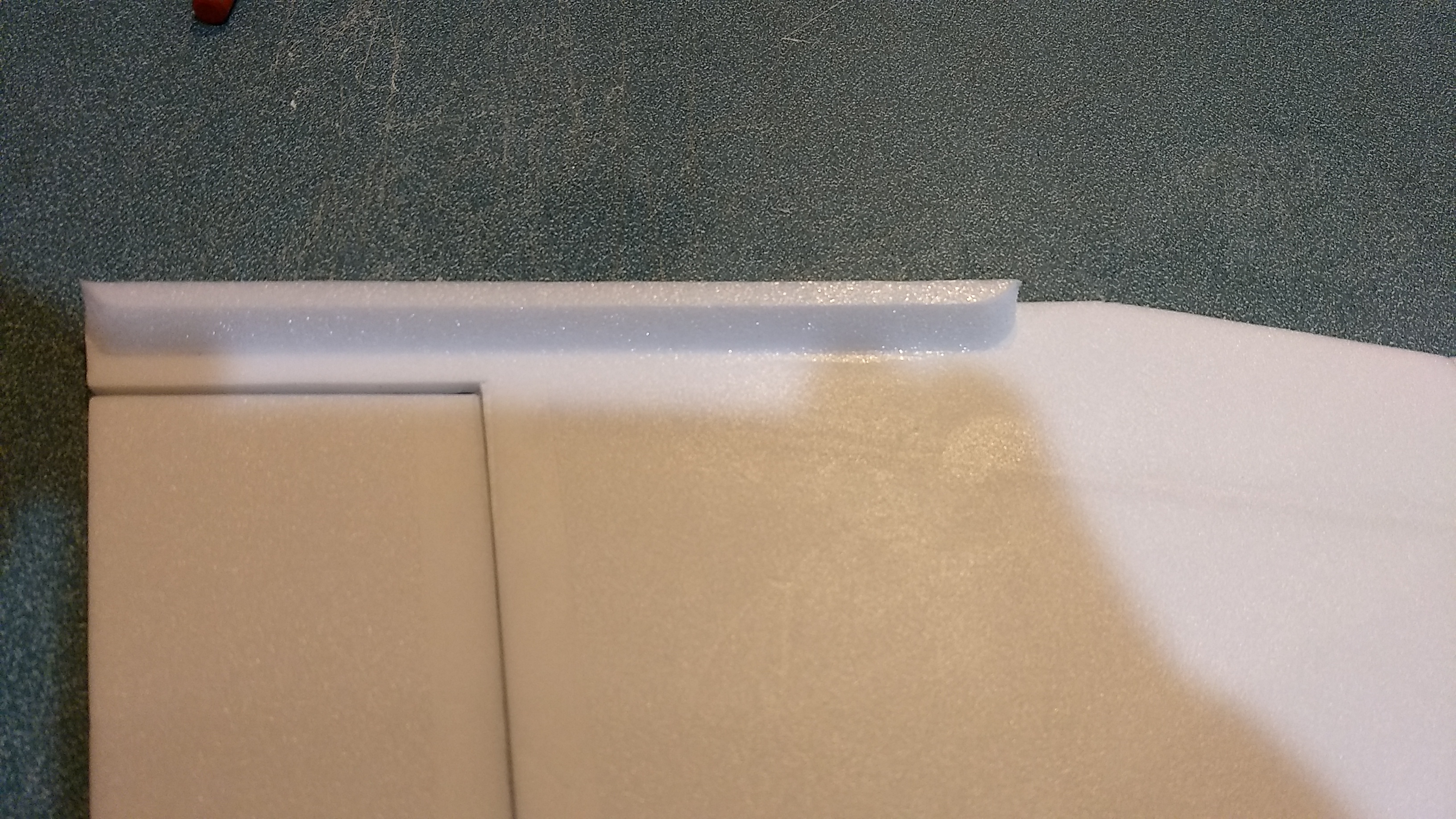 Glue the right and left wing tip gussets, gusset is flush with the rear of the wing. 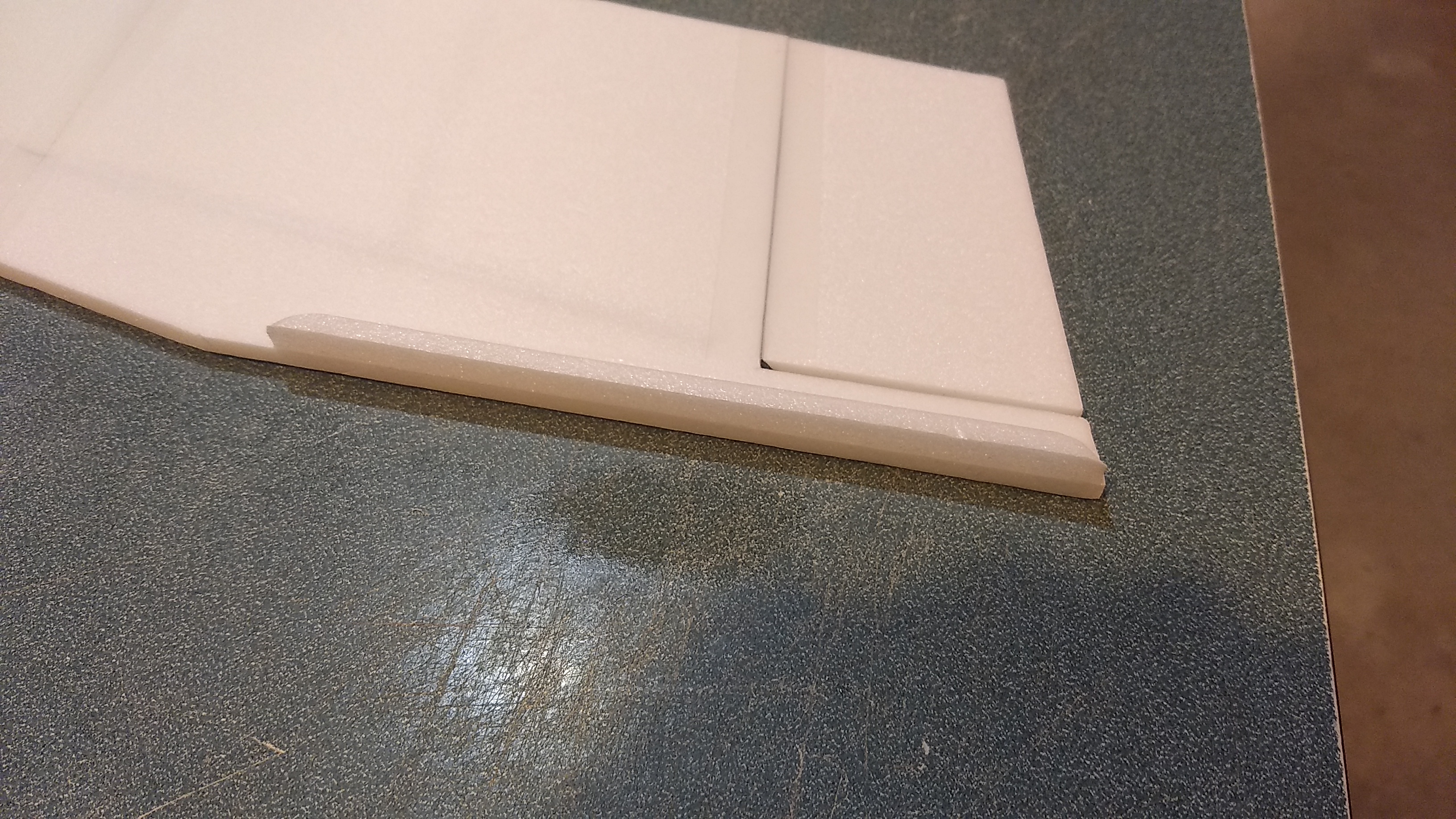 Sand the gusset/wing tip to make sure it is flat 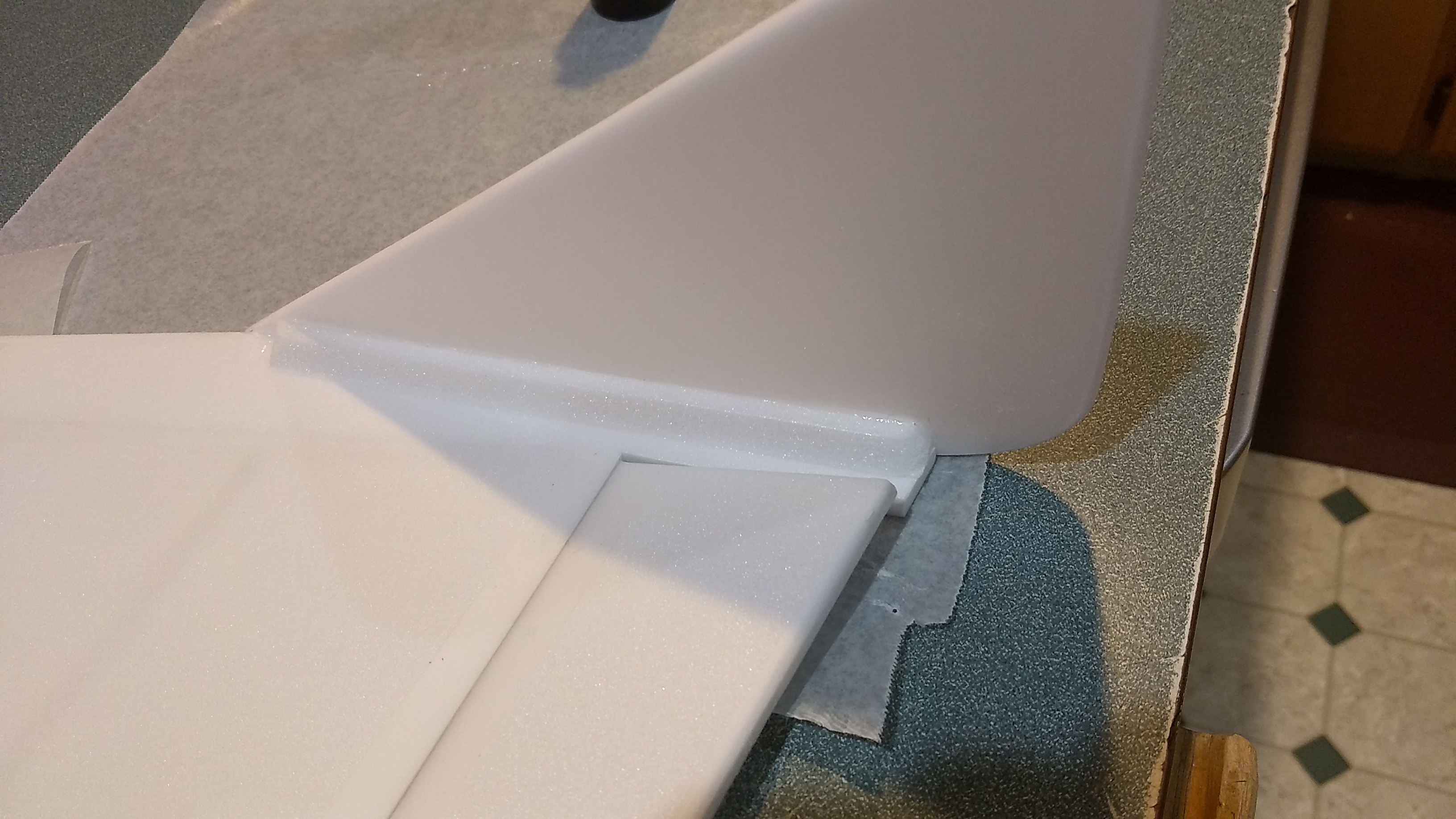 Glue the vertical stab against the gusset/wing tip, front of stab is even with front of wing tip. 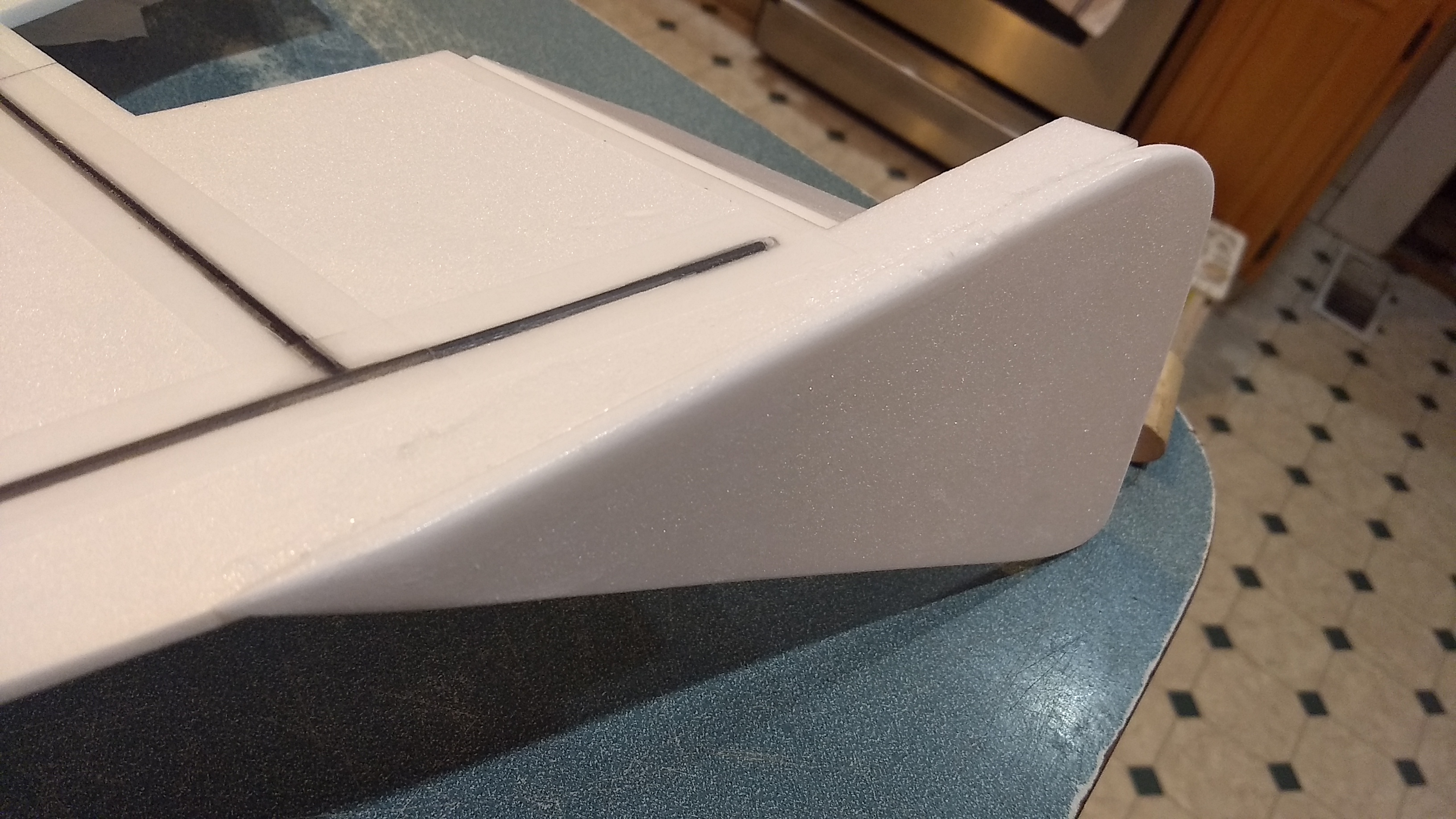 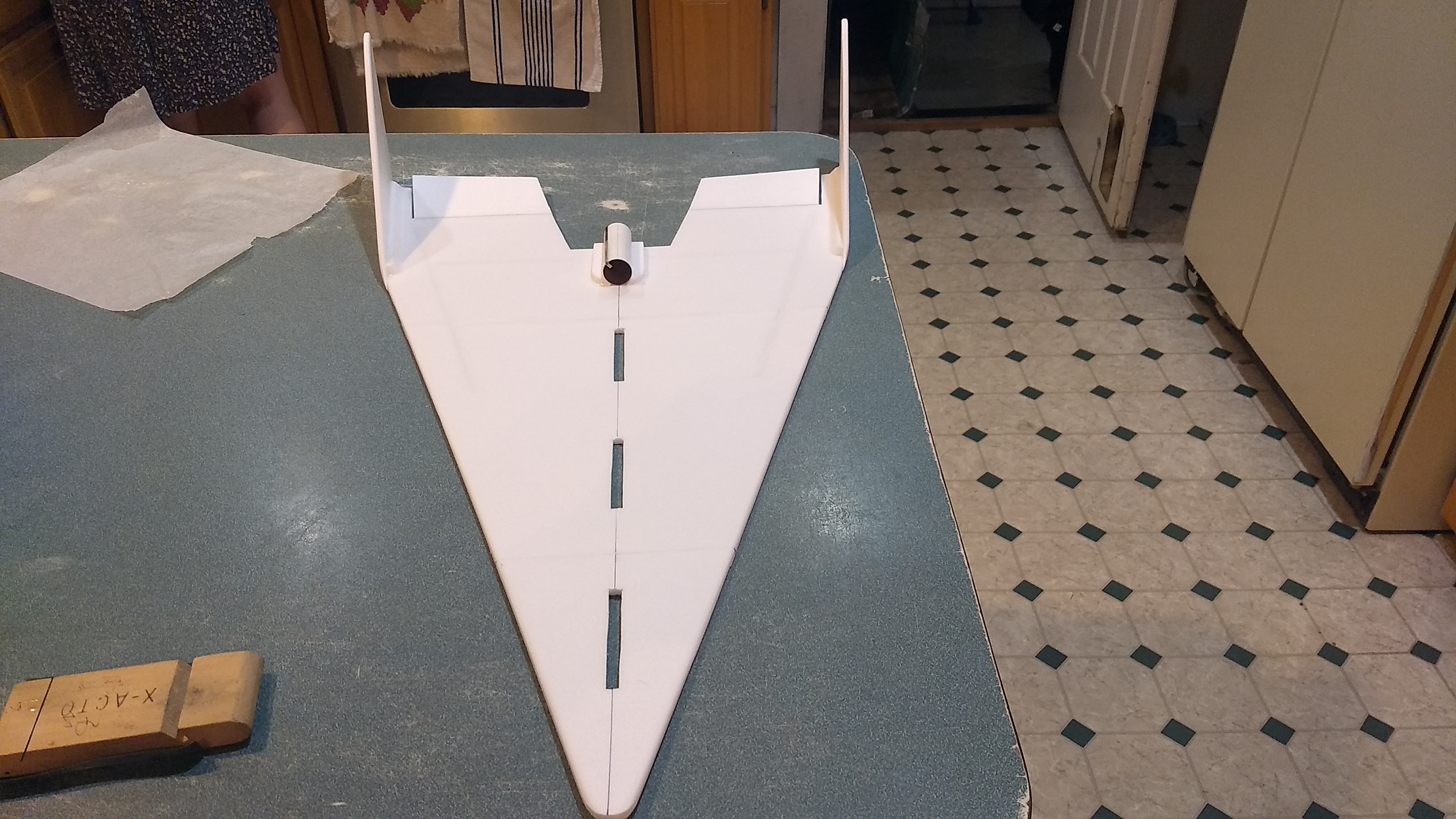 both stabs glued in place. 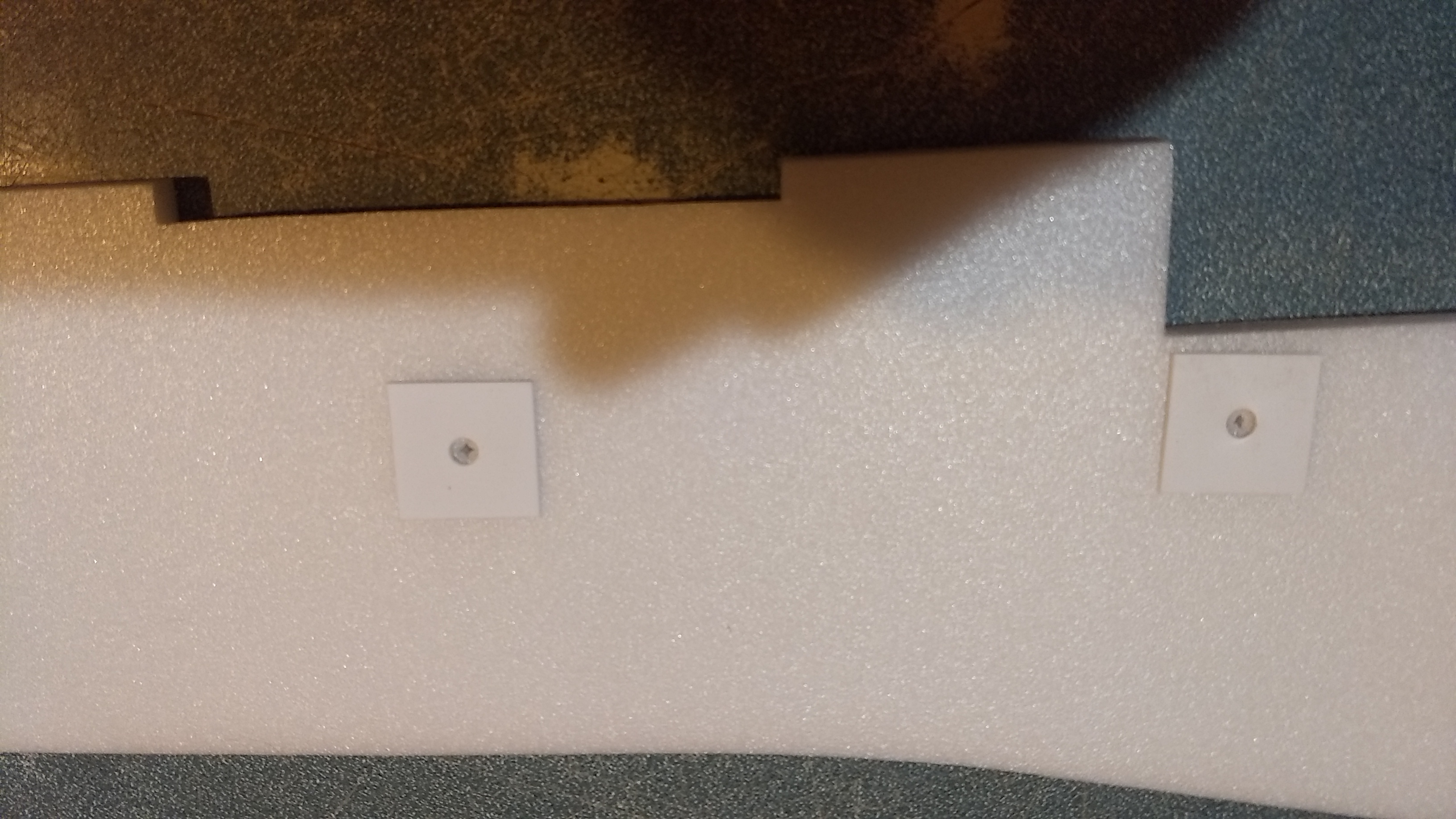 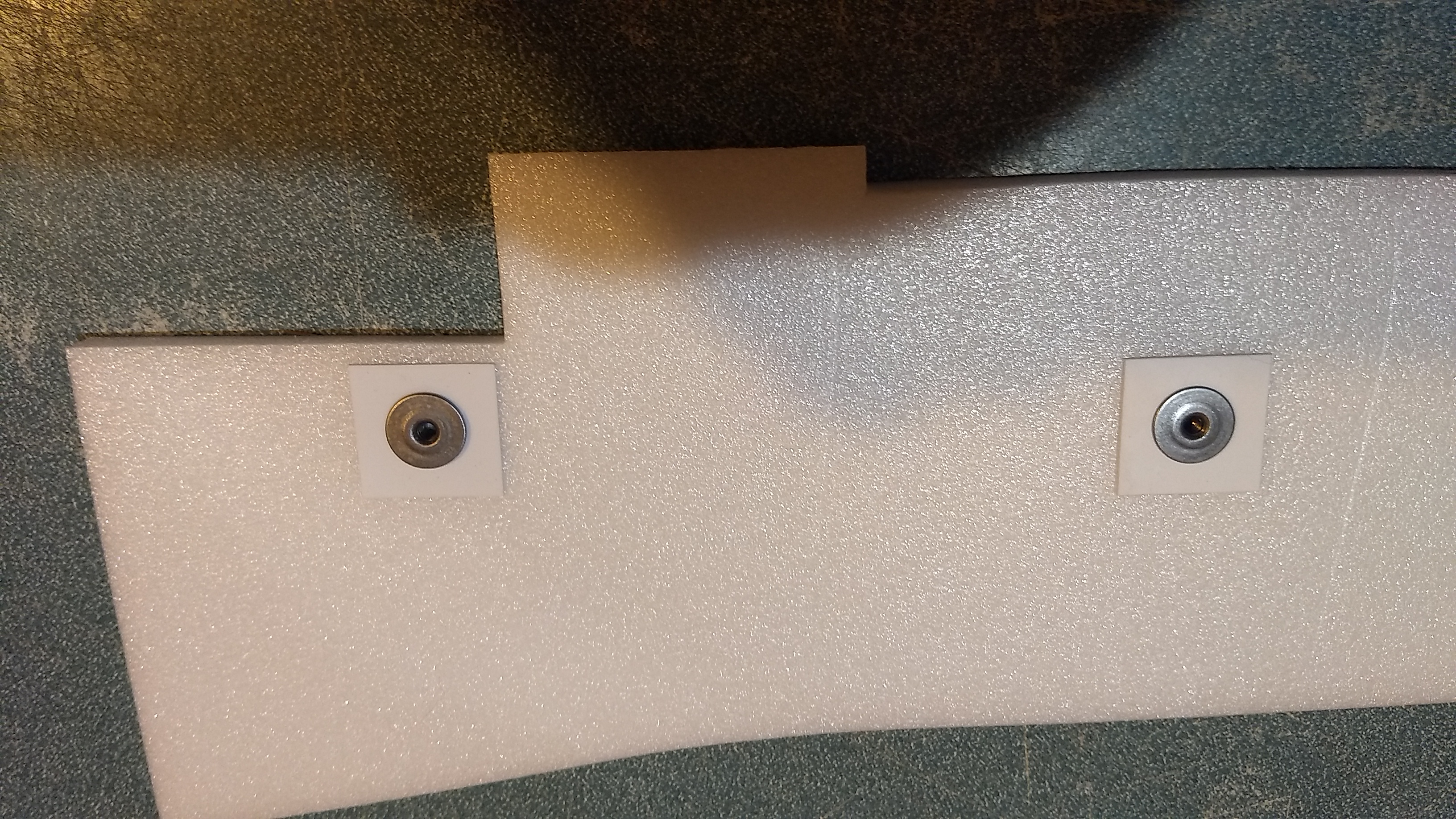 Install a T-nut into each plate 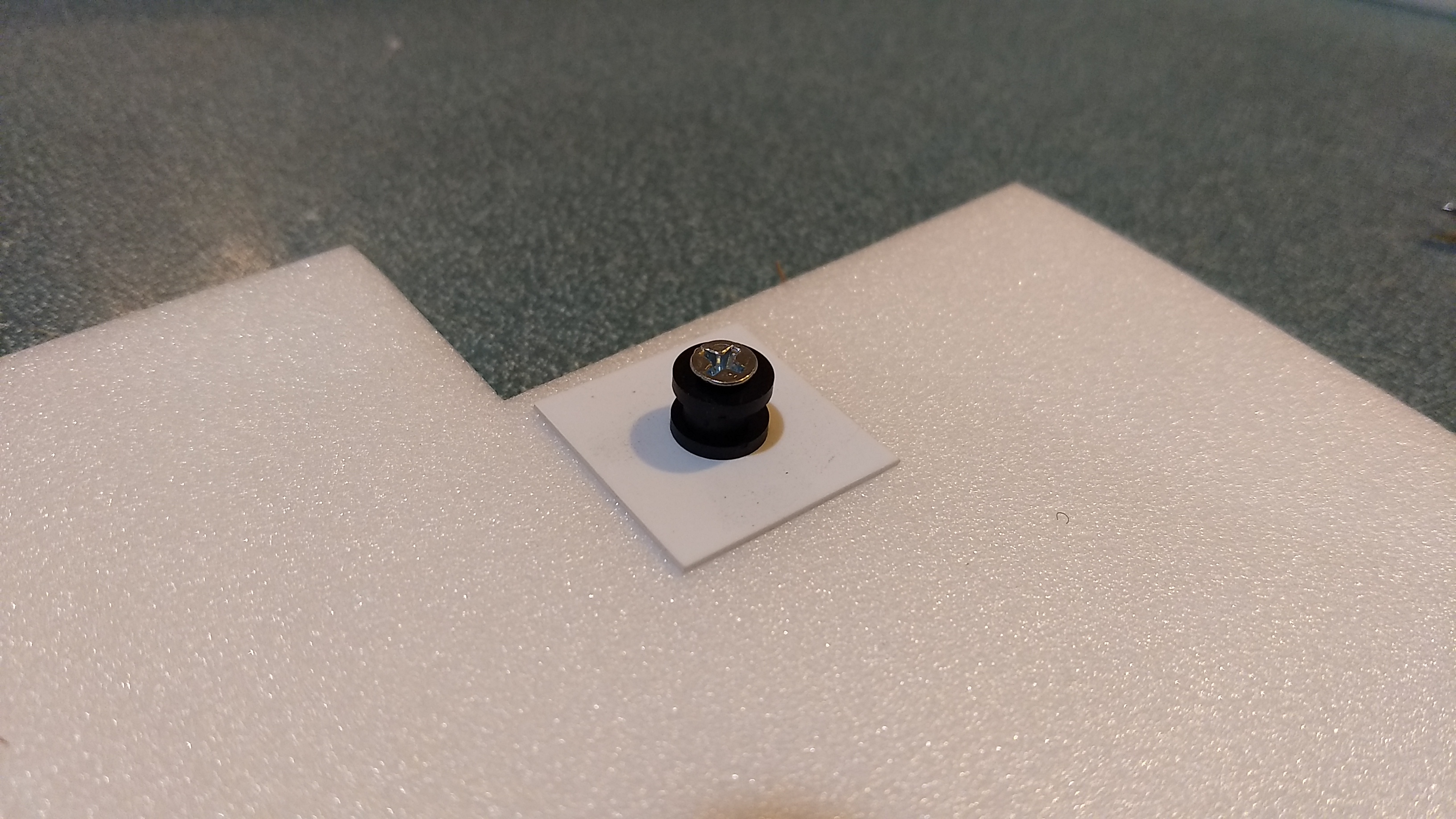 then install the rail button and screw into the other side. 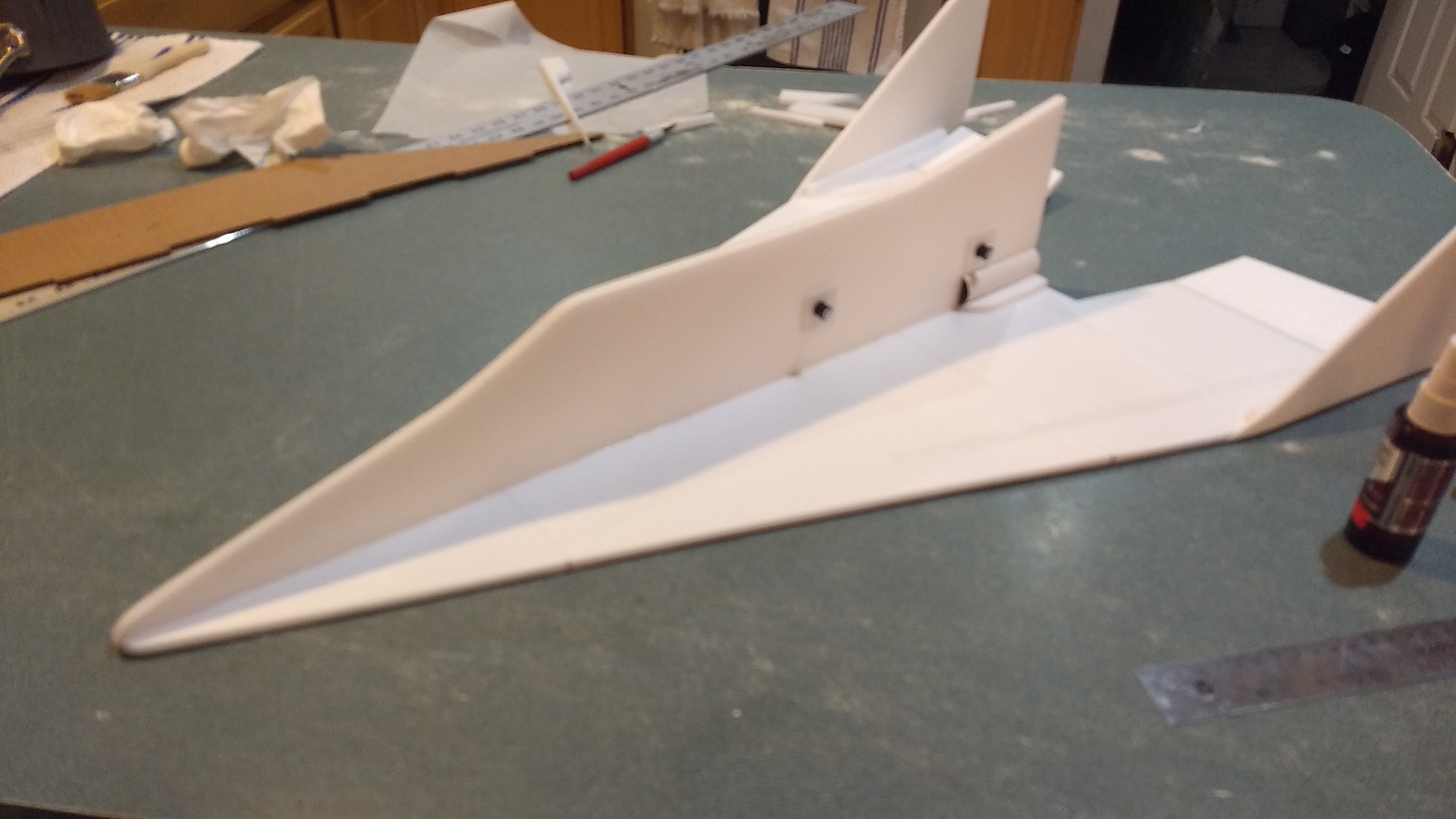 Test fit then glue the vertical fuse profile in place. 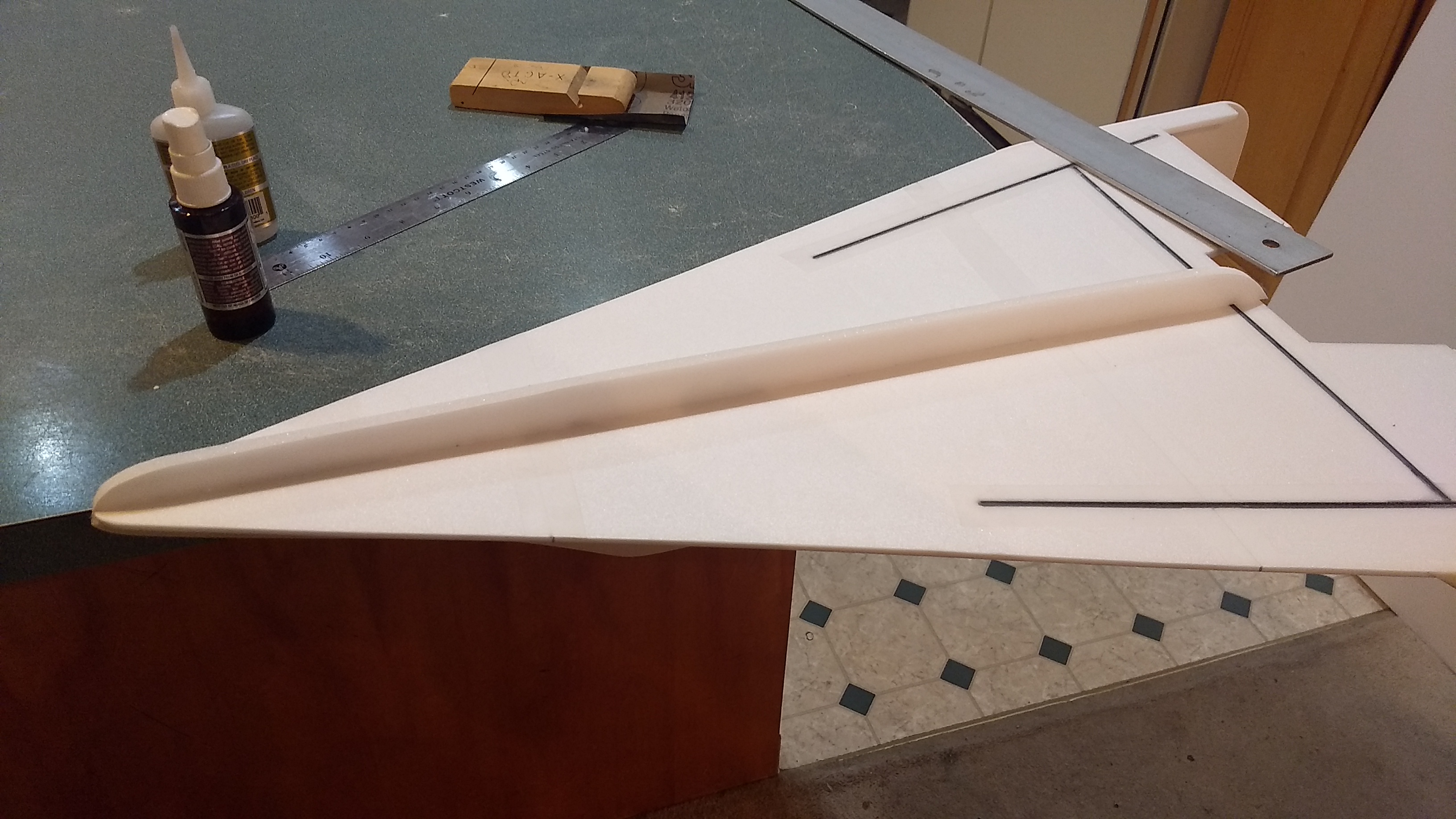 Flip the wing over and glue the bottom keel in place 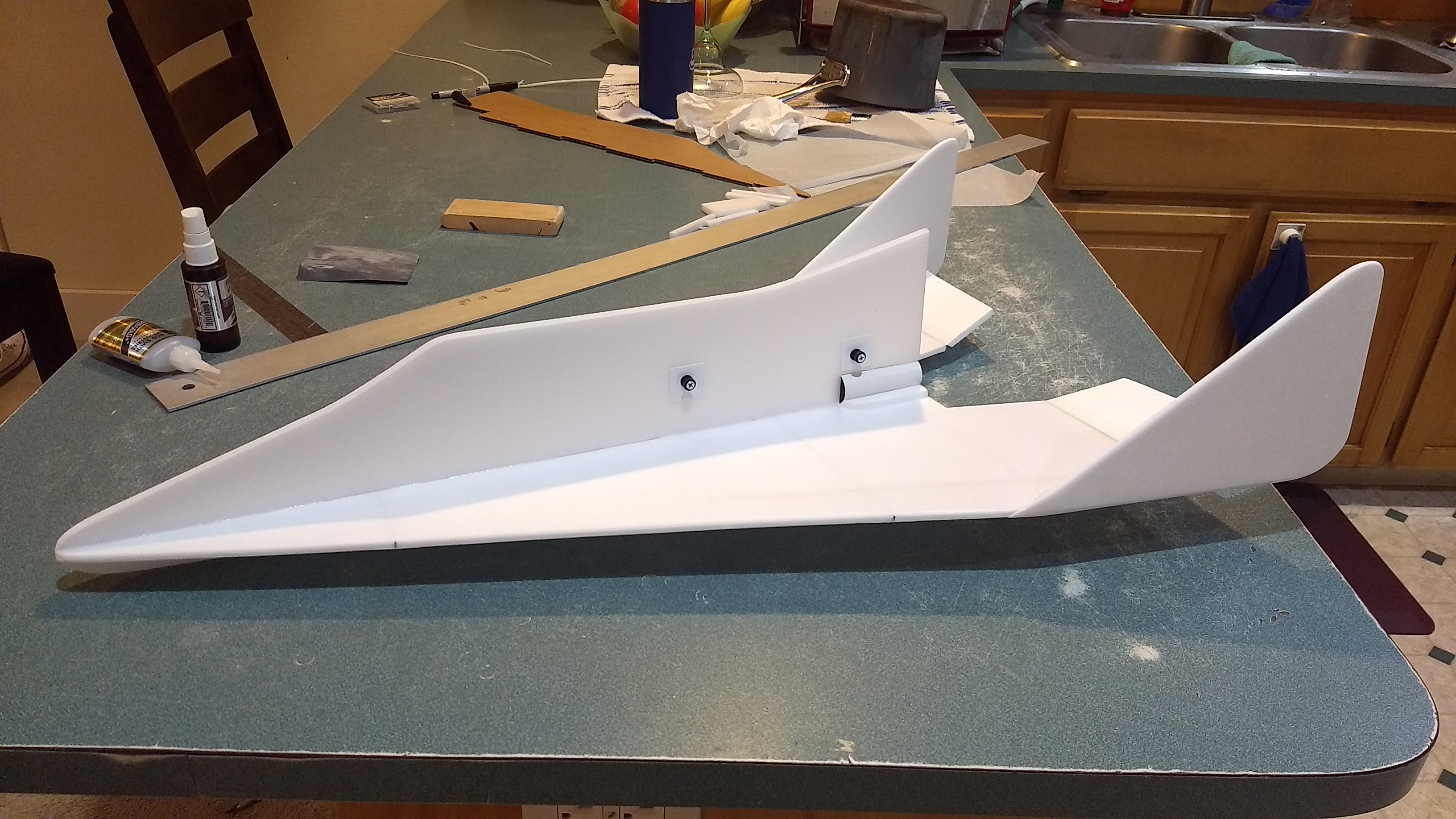 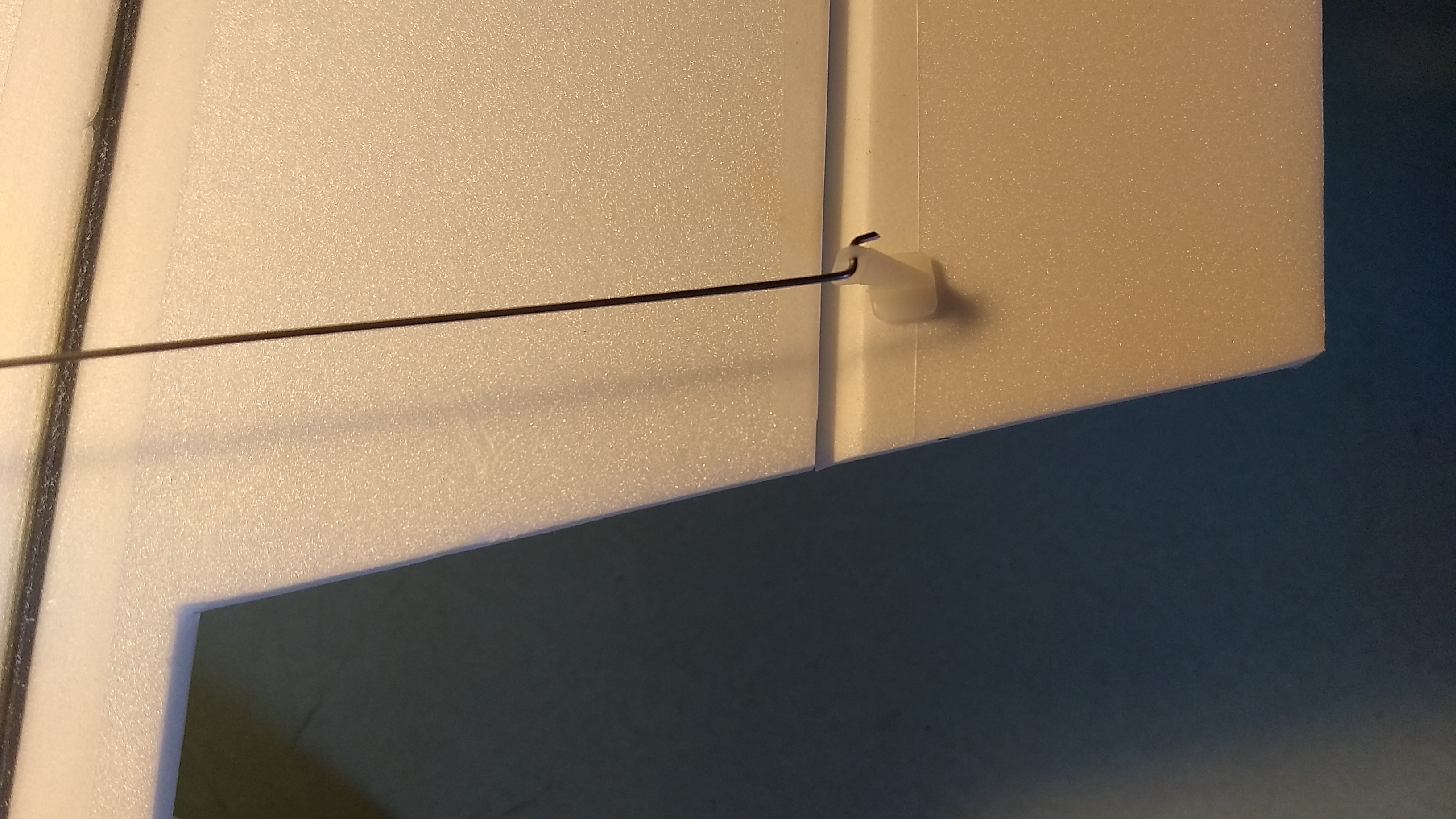 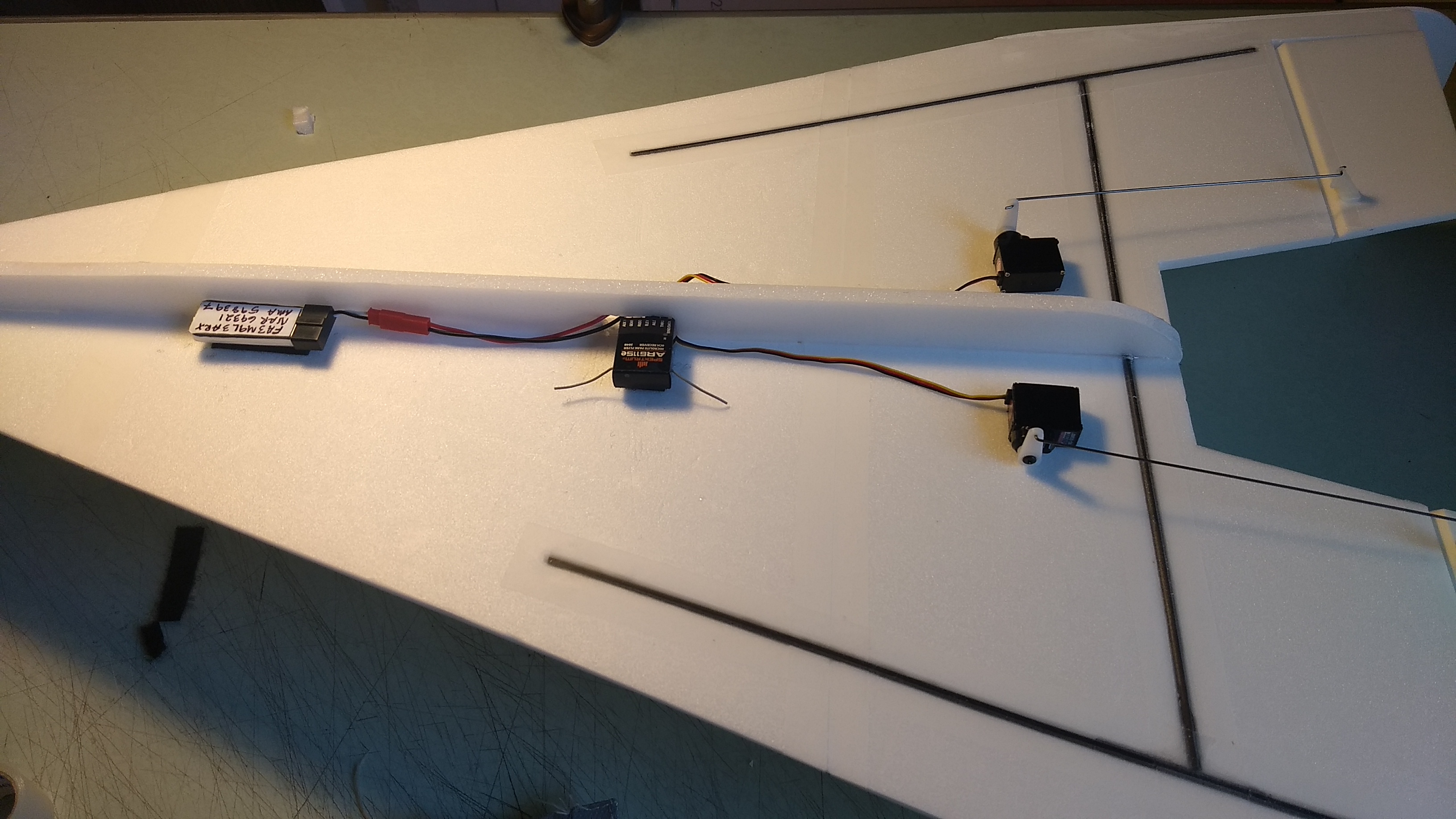 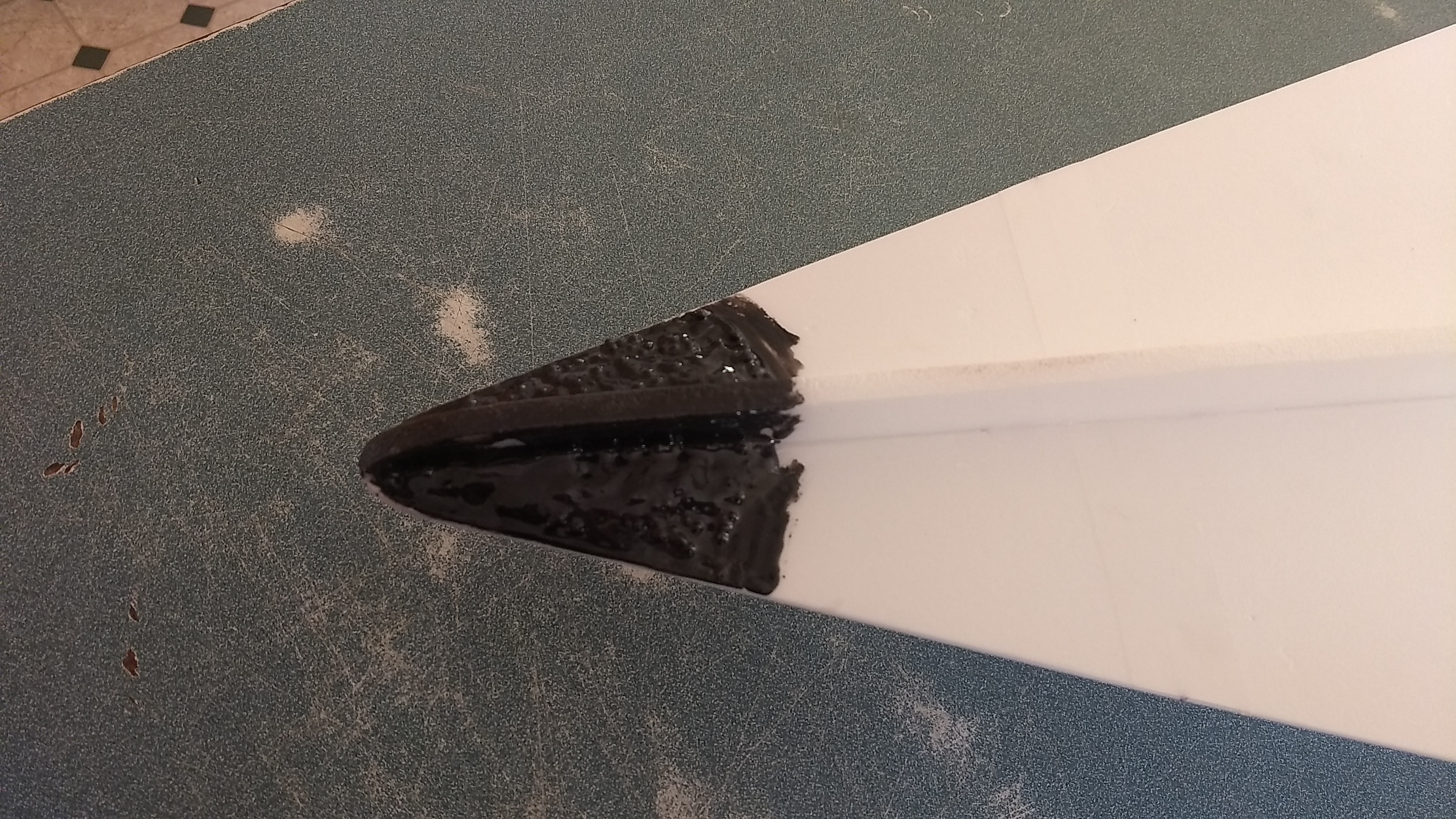 Adding epoxy/shot to the nose for balance before painting. 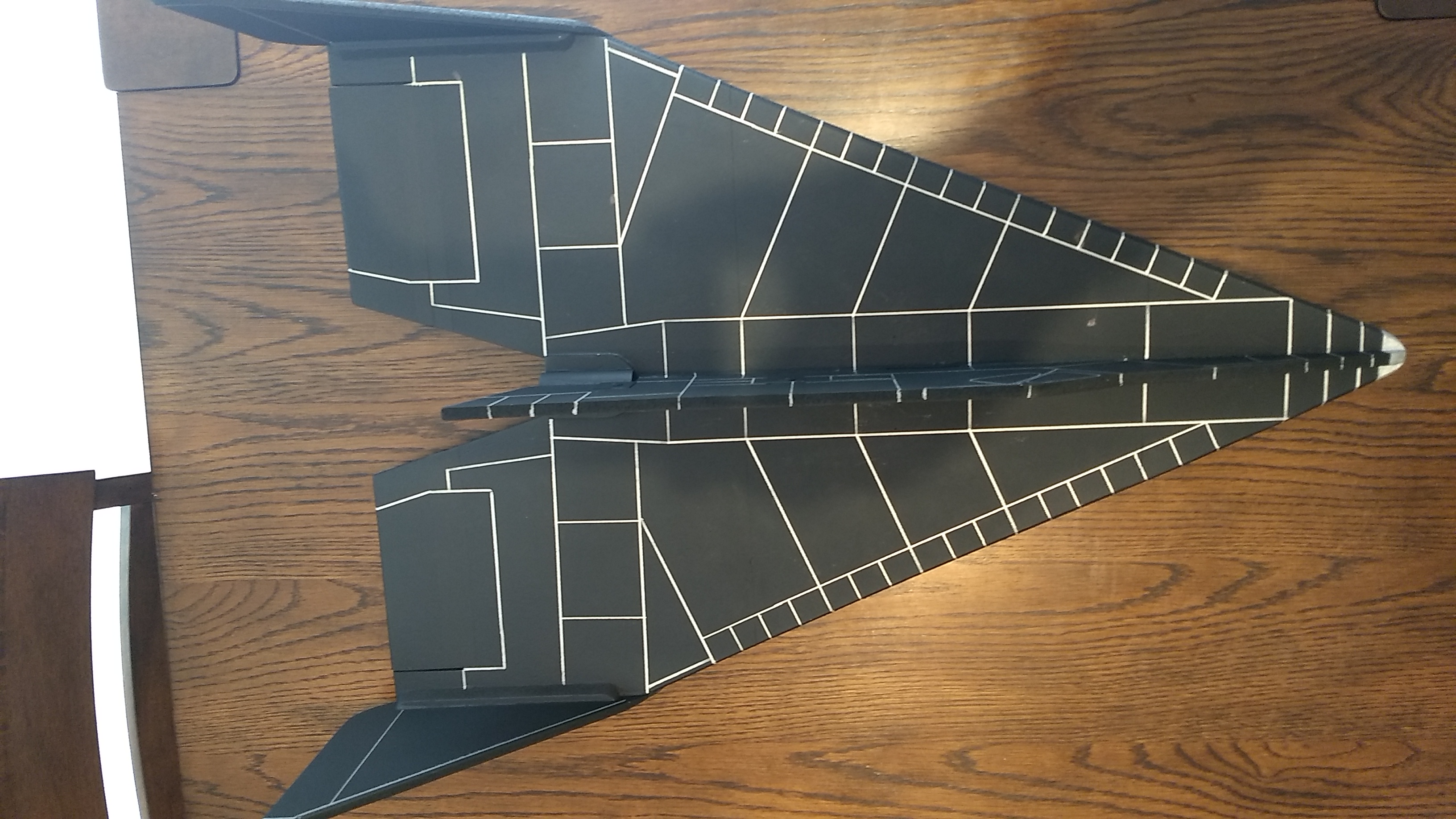 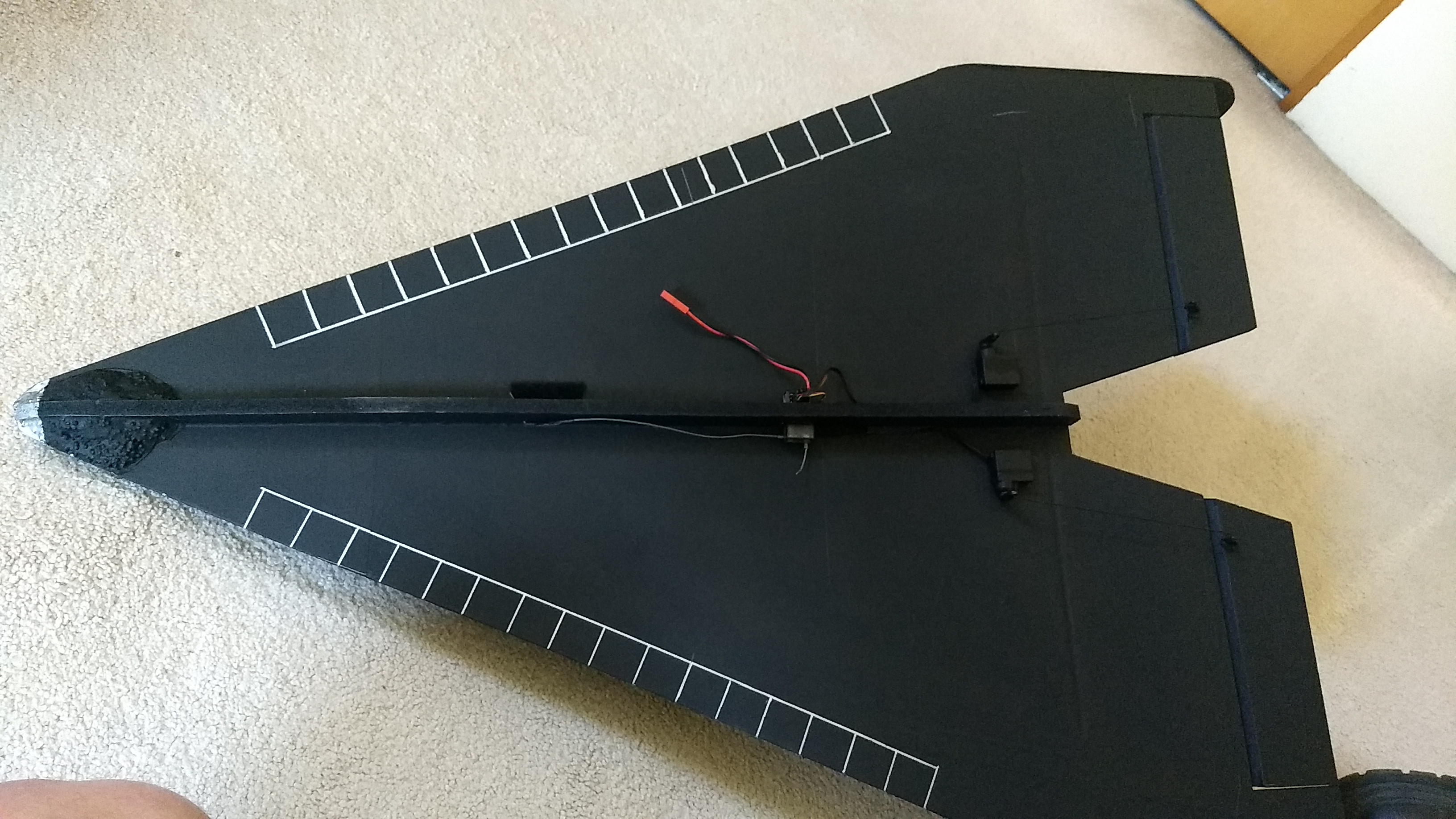 Bottom view showing how little of the components are visible.